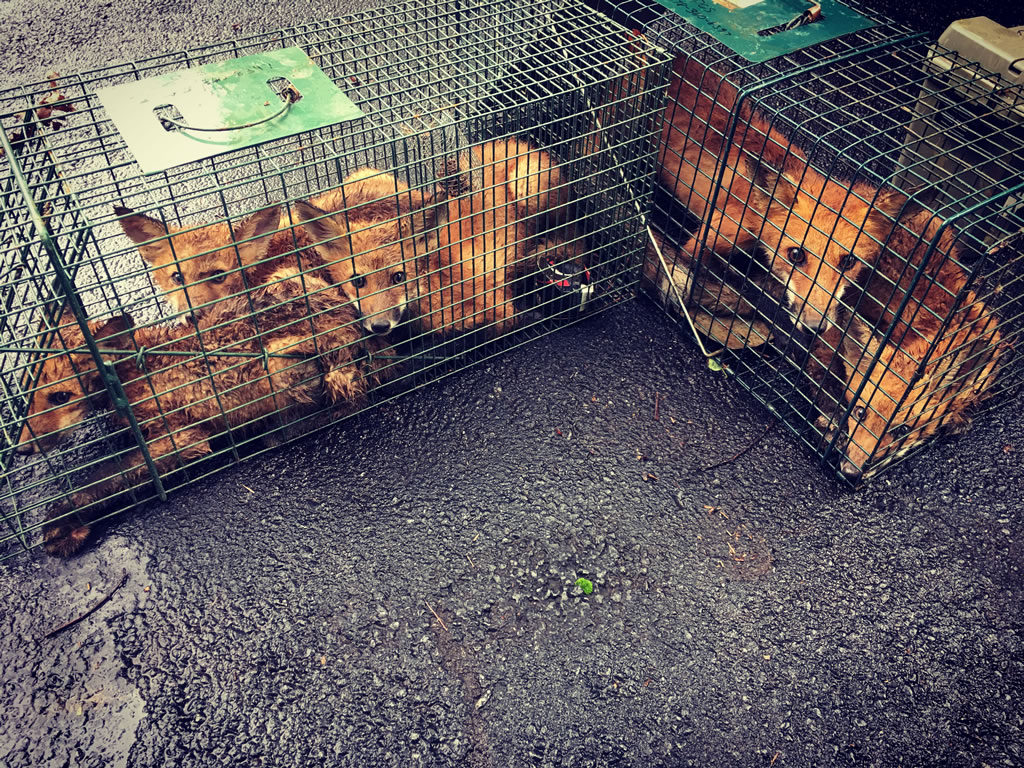 With spring comes the foxes. Georgia has a healthy population of Red Fox and Gray Fox. These animals are both predator and prey in our southern ecosystem. Their diet is made up mainly of small rodents, birds, insects, and they have been known to eat fruit on occasion. The downside is that small house pets such as cats, and very small dogs can also fill in the diet.

Every spring in May and June the adult foxes begin the process of teaching their young how to hunt and survive. These kits have spent several weeks in the underground den and have been fed mainly from the adult female. As they develop they are in need of more and more substantial food sources. This behavior is often what gets them in trouble with homeowners and neighborhoods. These foxes can begin to become aggressive to other animals and it is not unheard of for them to bark at, yelp, and chase around even larger dogs in protecting their territory and the young kits roaming away from the den.

Foxes are considered a Rabies Vector in Georgia and as such must be treated very carefully. All nuisance wildlife removal companies have very specific rules on what must be done to remove these animals if they become a problem for a property owner.

Both red and gray foxes can carry diseases and parasites such as rabies, distemper, roundworms, fleas and mange mites.

Before deciding on a removal program its best to make the decision on a number of factors:

Once it is determined that the foxes are better off being removed it is time to call Predator Control Services. We have the proper equipment and the experience to remove these animals quickly and safely. Normally, locating the den offers the quickest results and removal can be achieved over several days of trapping. Be aware that foxes are a very vocal species and while the trapping is going on it is common to hear quite a commotion from the caught animals.